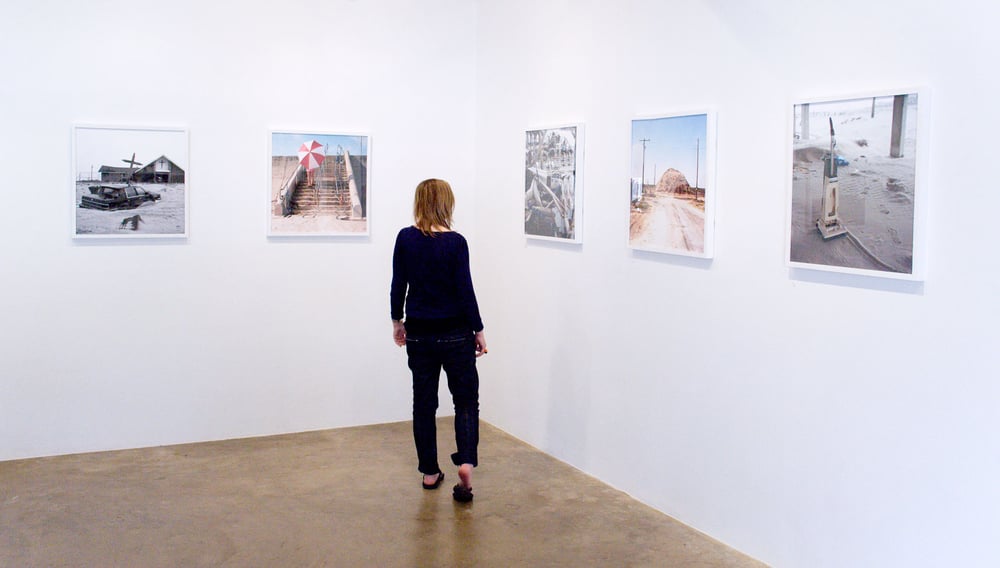 PARADISE HAS RELOCATED attempts to capture the lifeless remains and emptiness of a once thriving and historic island devastated by Hurricane Ike in September of 2008. Ike was the third most destructive and costliest hurricane to make landfall in the United States, destroying and flooding 75% of homes and landmass.

The project deals with the physical dead space and ghostliness of Galveston post-hurricane. Each image whispers of an ordinary past lost to the ravages of Mother Nature. The everyday objects left behind in haste suggest former human inhabitation. The unoccupied landscapes, fractured structures and mundane interiors I have carefully composed compel the viewer to look beyond cultural stature and financial complexities, and to question geographical location.

The geographic anonymity of my photographs prove that such devastation is not reserved for the third world but stand right on our doorstep. This is important to remember given the current state of world climate change.

Unfortunately some believe that this may be the final blow for Galveston. With an already anemic economy and population decline that predates Ike by 50 years, survivors who are rebuilding or relocating, feel that their mythical land never fully recovered from the first Galveston Hurricane of 1900.